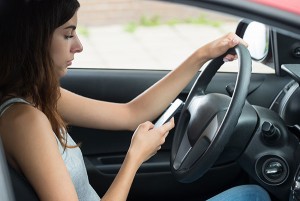 Cellphones make our lives easier but they are also often times the reason behind a good deal of accidents on streets and highways. This is because most drivers are now more focused on retrieving that call, returning that last text message or updating their status instead of keeping their eyes on the road. To prevent these careless accidents, lawmakers are left with the responsibility of making our streets safer for everyone. If you happen to live in California, you may very well know that Californian lawmakers take the issue or texting/talking while driving seriously. To ensure you are in compliance with all regulations, here is a look at the laws in California regarding texting or talking while driving.

Handheld Cellphones
Using a handheld cellphone when driving in California is strictly against the law, unless you are making an emergency call, operating an authorized emergency vehicle or operating a vehicle on your own property. First time offenders are fined $76, the second offense will cost you $190 and violations will appear on your driving record but not count as a point.

Hands-Free Cellphones
Drivers who are over the age of 18 are allowed to use hands-free phone systems, such as Bluetooth earpieces or speakerphones, when driving. Those under the age of 18 are prohibited from using any type of cellphone when behind the wheel.

Texting
California has passed its own law that outlaws texting while driving all together. Under the conditions of this new law, drivers cannot write, send or read text based communications when operating a vehicle. This includes text messages, IMs and email.

Make sure you are following all of California’s driving laws when you hit the road in the the golden state to keep you, your family and other safe. If you need to, get yourself a new hands-free Bluetooth device for the car!

You probably by now have used either Lyft or Uber at least once, and if not, you likely have at the very least heard a thing or two about these fairly new ride-sharing services. Thousands of car owners throughout the country have had bounds of success and have made a lot of money as an Uber or Lfyt driver. While signing up to share your ride can be a good idea to either launch your career or make a little extra money, there are a few things you should know before you take on the responsibility of driving others around, especially when it comes to your car insurance policy.

Believe it or not, many Uber and Lyft drivers get into the business without ever giving thought to the idea that their insurance premiums and deductible could change. This is why it is crucial that you look into this before accepting your first ride in order to avoid penalties issued by Uber or by your insurance company. For example, most personal coverage policies do not cover drivers who are driving for hire. On the other hand, some auto insurance policies have been created to offer Uber and Lyft drivers with the appropriate coverage needed to safely hit the road.

Furthermore, ride-sharing companies such as Uber and Lyft typically provide additional coverage for their drivers in order to supplement their personal policies when needed. The policies at these type of companies are often changing, so make sure you keep up with current changes and updates.

Choosing to offer your services as an Uber or Lyft driver can be financially rewarding, but you need to make sure you and your passengers are properly protected in case of an accident. It is recommended you contact your insurance provider to learn more about the specific options available for you if in the case that you choose to become a driver for hire. 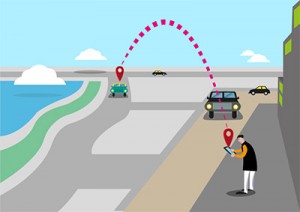 The popularity of ride-sharing is quickly on the rise as more and more commuters discover the easy and convenience of using these driver-for-hire companies. If you know anything about the ride-sharing economy, you know that there are two companies which are currently dominating the industry. First came Uber back in 2009 and then came Lyft more recently in 2012. While these two ride-sharing companies are fairly similar and both based in San Francisco, they do have their differences. Curious to learn more? Here is a look at the two ride-sharing powerhouses and what sets them apart from one another.

PRICING
Uber and Lyft tend to offer rates that are extremely close if not identical. However, both companies are subject to higher prices based on demand, which is why many riders choose to use a combination of the two services. Typically, if one service is in high demand, riders can find a slightly lower rate with the other.

CONVENIENCE
Uber and Lyft both offer a well-designed mobile application that allows users to hail a ride right from their smartphone. Both applications are convenient, but users are generally happier with Uber’s app because it allows them to get a better idea of the final cost before calling a ride.

SUPPORT
Uber and Lyft both strive to provide a high level of service for their customers and their drivers. It seems that it is easier to get support from Uber due to the tool built in to their app, while Lyft requires drivers and riders to submit a message if support is needed.

The ride-sharing economy is rapidly evolving as riders and drivers find ways to improve the experience on both ends. We will probably see Uber and Lyft dominate the ride-sharing industry for the time being, but there is always room for others in order to drive up competition.

If you pay attention to the breakthroughs that frequently occur in the car industry, you have likely already heard a thing or two about self-driving vehicles. This is because just within the past few years there have been a number of big name auto manufacturers who have invested a good portion of their revenue into the purchase or development of state-of-the-art technology that will allow them to create their own self-driving vehicles. To help you better understand why, here is a brief look at the past, present and future of the self-driving vehicle.

PAST
The world’s first fully-operating autonomous car was introduced back in the 1980’s, which has allowed the technology to evolve over the last couple of decades. The first two vehicles were a part of Carnegie Mellon University’s Navlab and ALV projects, while Mercedes Benz was the first major manufacturer to get in the game with the Eureka Prometheus Project.

PRESENT
These days, there are many more companies who are interested in autonomous driving technology. Some of the biggest names in the industry thus far are Google, Tesla, Audi and BMW. There has been much speculation as to which company will be able to sell the first autonomous vehicle to consumers, but whichever one does will have to overcome a great deal of controversy as early testing has shown that there are many problems that have yet to be solved.

FUTURE
While there are still a few kinks to be figured out, most of these companies already have prototypes that they are currently experimenting with. This is why many industry experts believe that autonomous vehicles will become the norm sometime in the next 10-20 years or so.

A self-driving vehicle once seemed impossible, but things are now changing. So, that only leaves one question to ask. Are you ready to hit the road without getting behind the wheel? 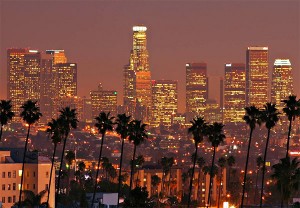 Glendale – Glendale is not that big of a city but it does have a large population, which is why it tops the list of the most expensive places to purchase auto insurance.

Los Angeles – Generally the more people you have living in a specific area, the higher your car insurance will be. Since Los Angeles is one of the largest cities in the entire country, the cost of auto insurance coverage for LA residents is subsequently on the expensive side.

Inglewood – Inglewood is another LA suburb with an incredibly dense population, which is why it is number 3 on our list. Insurance companies also take into consideration that many accidents in Inglewood involve drivers who are uninsured.

Palmdale – A long and frustrating commute in addition to a large population make Palmdale one of the most expensive Californian cities for auto insurance. In fact, many analysts consider Palmdale by far one of the worst Los Angeles suburbs for commuters.

Santa Monica – Given its location, Santa Monica is also one of the most expensive cities in California to cover your car, truck or SUV with the proper insurance.

While these are the top 5 most expensive cities in California for car insurance, there are other cities in the state where auto insurance is cheaper. For example, auto insurance is typically more affordable in less densely populated areas with lower crime rates such as Santa Maria, Redding, Cupertino and Camarillo. 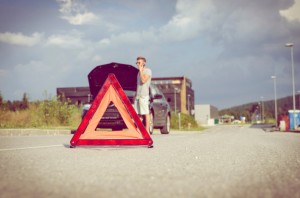 It is recommended that every driver equip their vehicle with a comprehensive roadside emergency kit. While there are kits available for purchase a major retailers, it’s really easy to make your own and tailor it to your specific needs. If you plan on making your own roadside emergency kit, here are a few things that definitely need to be included to ensure you are fully prepared all year round.

So, what are you waiting for? It’s time to begin creating your own roadside emergency kit. Include all of the items on our checklist to make sure you are prepared for anything and everything while on the road.